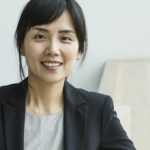 abstract of the plenary

In the classical Bonus-Malus System (BMS) in automobile insurance, the premium for the next year is adjusted according to the policyholder’s claim history (particularly frequency) in the previous year. Some variations of the classical BMS have been considered by taking more of the driver’s claim experience into account to better assess an individual’s risk. Nevertheless, we note that in practice it is common for a BMS to adopt transition rules according to the claim history for the past multiple years in countries such as Belgium, Italy, Korea, and Singapore. In this talk, we revisit a modified BMS which was briefly introduced in Lemaire (1995) and Pitrebois et al. (2003a). Specifically, such a BMS extends the number of Bonus-Malus (BM) levels due to an additional component in the transition rules representing the number of consecutive
claim-free years. With the extended BM levels granting a more reasonable bonus to careful drivers, this paper investigates the transition rules in a more rigorous manner and provides the optimal BM relativities under various statistical model assumptions including the frequency random effect model and the dependent collective risk model. Also, the numerical analysis of a real data set is provided to compare the classical BMS and our proposed BMS. This is joint work with Ahn, Cheung, and Oh.

Link to the video of the presentation