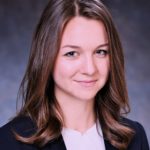 abstract of the plenary

This paper examines how firms adapt to climate-change risks resulting from their supplychain networks. Combining a large sample of global supplier-customer relationships with granular data on local temperatures and flooding incidents, we first document that the occurrence of climate shocks at affected supplier firms has both a large direct and indirect negative effect on earnings and revenues of suppliers and their customers.
Second, we show that customers are 10% to 20% more likely to terminate existing supplier-relationships when realized climate shocks at the supplier firms exceed ex-ante expected climate shocks. Further, customers subsequently switch to suppliers with lower heatwave and flooding exposure. Our results indicate that climate change affects the formation of global production networks.